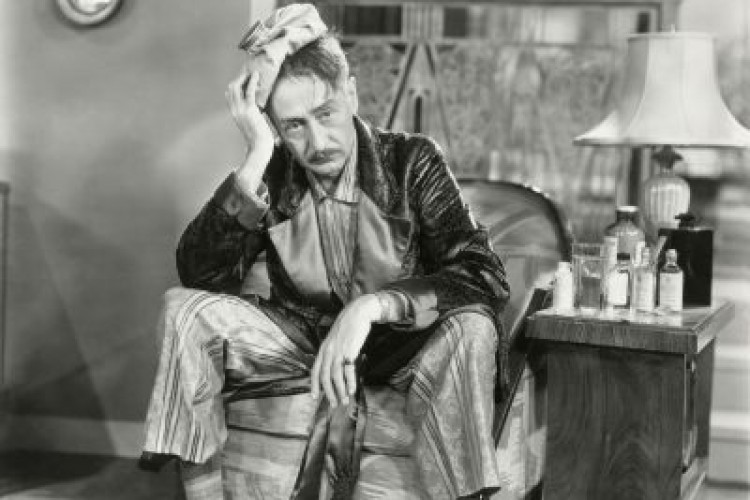 It’s official – life really was “better in the old days”, according to a new study.

Half of adults over the age of 50 agree that life in the past was preferable to today, compared to just 19 per cent who think the present day is best.

Seven in 10 people think that the past was better as there was not so much traffic on the roads, while 68 per cent say things used to be built to last.

Having the freedom to go out to play at an early age and the fact people had more respect for each other also feature highly on the list of things that were better years ago.

Additionally 53 per cent of the older generation liked the fact there were more ‘bobbies on the beat’ and the same percentage were happier that not everything could be broadcast on the internet.

Four in 10 of people miss classic TV shows such as Morecambe and Wise, while 36 per cent think music – including bands like The Beatles – was better in the past.

Animal charity SPANA carried out the research ahead of International Working Animal Day (15 June) to raise awareness about the fundamental role that working animals, such as horses and donkeys, played in Britain’s past – a role they continue to play in developing countries today.

Geoffrey Dennis, Chief Executive of SPANA, which provides free veterinary treatment to working animals in developing countries, said: “It’s clear that many people in the UK are nostalgic about the past – and, whether it’s for proper music stars like Bowie or a lost sense of community spirit, some people wish they could turn back the clock.

“Life in Britain has changed beyond recognition in the past century – and it’s easy to forget that working animals were a familiar part of everyday life. From plough horses to pit ponies, our streets, fields and workplaces were filled with working animals, even for large parts of the last century. We need to recognise that, in many developing countries, these animals are just as important today.”

The study shows many over-50s consider the old days to be better because people were more patient and there was a slower pace of life.

People also fondly remember the time when the whole family ate around the dinner table and everyone enjoyed face-to-face conversations.

Others miss the fact that the price of gas and petrol was lower, university education was free and that property prices were more affordable.

But one in five people over the age of 50 believe that modern day living should be celebrated.

The fact that drink driving is illegal, there are laws for wearing seatbelts in cars and infectious diseases are largely treatable were the top reasons given by those who think that life is better today.

Those in favour of today also like the fact you can do so much online, such as banking, booking holidays and making the most of the internet.

Smoking being banned in public, equality, and cheaper foreign travel are also things that people believe have changed for the good over the years.

Researchers found that eight in 10 people in this age group are often nostalgic for the past, and two thirds admit that they think of their early years through rose-tinted glasses.

Six in 10 people believe that developments in technology have improved people’s lives for the better, but only 10 per cent think that social media has worked to make people happier.

When asked about the best decade they have lived through, most people chose the 1970s as their favourite, followed by the 1960s. More than half of those surveyed claim they were happier then than now.

Eight in 10 people say life was simpler in the past, and 55 per cent wish they could turn back time.

A resounding 75 per cent of people in their 50s don’t think people living in Britain today truly appreciate the standard of living they have.

Geoffrey Dennis continues: “In an age of rapid technological advances, many younger people today would struggle to believe that, even in the 1950s, milk was delivered to British homes by horse-drawn vehicles.

“But, the fact is, for hundreds of years, working animals were our main source of power and transport, which transformed the economy and the lives of people in Britain. The situation is no different in developing countries today, where one billion of the world’s poorest people depend entirely on working animals to earn a small income.

“By doing the jobs of trucks, tractors and tractors, working animals support the livelihoods of poor families. But, like their owners, these animals often endure a tough existence without rest or retirement. SPANA works to improve their lives, ensuring they can receive the veterinary treatment they so desperately need when they are sick or injured. The charity also provides education and training for communities to teach them how to better look after their animals.

“Please show your support for these hardworking animals on International Working Animal Day and visit www.spana.org/iwad“

THINGS THAT WERE BETTER IN THE PAST

1. Not so much traffic on the road
2.Things were built to last
3. The freedom to go out to play at an early age
4.People had more respect for each other
5. Good manners
6. Bobbies on the beat
7. Not everything was broadcast on the internet
8. People were more patient
9. Less throw-away culture
10. Things were more laid back / slower pace of life
11.More face-to-face conversations
12. Families ate together around the dinner table
13.The price of gas / petrol
14. Life without being connected all the time
15. Matrons on hospital wards
16. Free university education
17.Fresh produce – less chemical enhancers
18. Property prices /more affordable housing
19.People picked up the telephone
20. Houses were made to last (e.g. they were made from solid brick)
21. People spent more time outdoors
22. Community life/spirit
23. Classic sitcoms and light entertainment (e.g. Only Fools and Horses, Fawlty Towers, Morecambe & Wise)
24. Children being able to play football on the streets
25. Better neighbours
26. Clothes were better made
27. Proper bands and music stars / non-manufactured pop groups (e.g. David Bowie, The Beatles, Pink Floyd)
28. Hot summers
29. Imperial measurement (e.g. feet and inches)
30. Sweet shops
31. Crime rates
32. The morning milkman
33. Red phone boxes
34. Top of the Pops / music singles chart
35. Bus conductors
36. The cost of a pint of beer
37. Affordable rail travel
38. Vinyl records
39. Lower rate of unemployment
40. Saturday night television
41. Politicians who stood for something or had clear opinions
42. The cost of a pint of milk
43. Education
44. Classic children’s TV shows (e.g. The Clangers, Bagpuss, The Magic Roundabout)
45. Family support was better especially for new mums
46. Concorde
47. Park wardens
48. Transport system
49. Original Routemaster buses
50. Standing at football matches

THINGS THAT ARE BETTER NOW

1.Drink driving is illegal
2.Infectious diseases are largely treatable
3.There are laws for wearing seat belts in cars
4.The internet
5.Smoking in public is banned
6.You don’t have to hand wash all laundry
7.We only have indoor toilets
8.Email
9.You will no longer die of something which is easily curable
10.Online banking
11.You can book a holiday online
12.Equality
13.Dads are more involved in childcare
14.Digital cameras
15.More annual holiday allowance
16.Computing
17.Cheap foreign travel
18.TV on demand
19.More international cuisine / less bland food
20.Smart phones