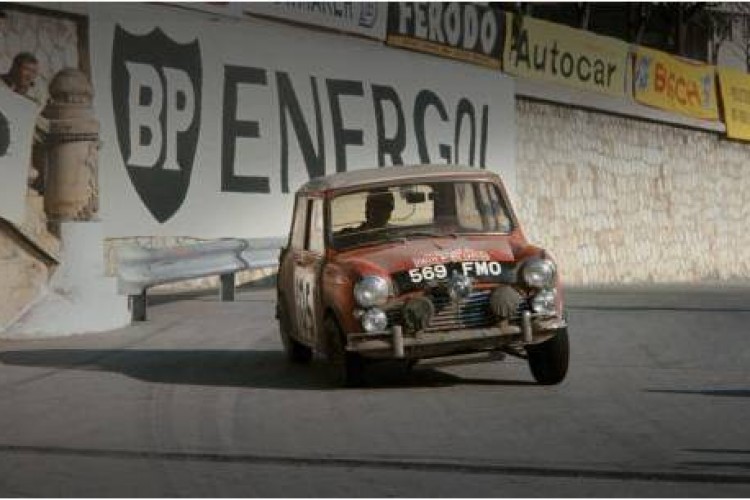 The iconic Mini is 60 years old, Mini enthusiasts the world over celebrate.

With an active and truly versatile fan community all around the classic Mini was already established in Great Britain designed by Sir Alexander Arnold Constantine Issigonis, CBE, FRS, RDI an English-Greek designer. Right from the start, fans expressed their common interest in the car and the brand by exchanging knowledge and experience all about the Mini and its technical features. Due to the charming character of this small compact car, owners of a classic Mini strongly identified right from the start with both their car and the brand, sharing this enthusiasm in joint drive-aways and regular Mini meetings, with clubs originally organised on a local basis spreading wider and wider to bring together large regions. 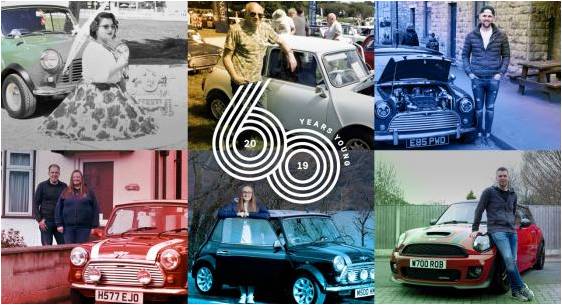 A dynamic club scene also developed quite early on in Germany, gaining additional momentum through the re-launch of the brand and the introduction of the MINI. In the meantime, thousands of members are organised throughout Germany in more than 100 classic Mini communities and more than 50 MINI Clubs. Through their wide range of activities, these enthusiasts act as authentic ambassadors of the brand and competent partners for new fans of both the classic Mini and the MINI. Furthermore, MINI enthusiasts joined together to share activities in lots of other countries. The international MINI Community is a phenomenon without parallel in the world of the automobile. MINI owners are individualists and this is reflected in the styling and equipment of their vehicles geared to personal style. At the same time, they have much in common and this is expressed in exceptionally communicative engagement with each other and in enthusiasm for technology, motor sport, lifestyle and design.

MINI enthusiasts come together – online and in the street.

The Community became increasingly international with the general spread of modern means of communication. Upon the introduction of the MINI into the market in 2001, the brand was positioned with the same standard philosophy and spirit for the first time worldwide in all relevant markets. Above all, use of the internet had enhanced the options to interact across national borders and continents. Members of national MINI online communities foster contact with similar clubs throughout the world on the World Wide Web.

As in the past, real-life meetings which, thanks to the use of many communication channels and the support of MINI have taken on impressive dimensions, are naturally still among the highlights of all activities. In 2005, for example, MINI Germany, together with the national classic Mini and MINI Clubs, organised the first national meeting in Germany for fans of the brand. Back then more than 2,500 participants travelled to the National Meeting, heading for the Loreley Plateau on the River Rhine, where they enjoyed a highly entertaining programme with MINI Driver Training, a Design Workshop, meetings with Mike Cooper and rally legend.

Rauno Aaltonen, as well as the presentation of new versions of the MINI. A second meeting at the Hildesheim Aerodrome in 2008 proved even more successful, at least in terms of participation, with twice as many MINI enthusiasts from all over Germany attending the event.

The national and international activities in the British club scene are even more spectacular. In 1999, for example, more than 50,000 visitors attended the International Meeting in Goodwood celebrating the 40th birthday of the brand. In 2007 269 cars driving through Blackpool formed the longest MINI convoy the world has ever seen. Indeed, this unique parade was promptly entered in the Guinness Book of Records, breaking the former record set up by the MINI Club in Vancouver, Canada, when 195 cars had formed a similar convoy. The brand’s 50th birthday was celebrated at the MINI United Festival on the Formula 1 race track at Silverstone in Britain in 2009. Tens of thousands of fans enjoyed a varied mix somewhere between a lifestyle party and music festival, show programme and motor-sport action.

International Mini Meeting: Meeting point for fans of the British original for more than 40 years.

As a supplement to the market-specific activities in a large number of countries, the International Mini Meeting (IMM) has been held for the past 41 years. The IMM was launched on an initiative by German fans of the classic Mini. It was held for the first time in 1978 and since then it has developed into the world’s biggest annual event for the owners and friends of the classic Mini. Meanwhile, Mini Clubs in various European countries have taken on the role of host. At intervals of five years, the British homeland of the classic Mini and the MINI is the showplace for the IMM.

The focus of attention is always enthusiasm for the classic Mini and its exceptional history since 1959. The event is one of the highlights in the calendar of the international Mini Club scene. The participants undertake journeys over hundreds or even thousands of miles in order to present their lovingly maintained classic Mini or individually styled MINI to other enthusiasts, and to enjoy the togetherness experience of an exceptionally active community.