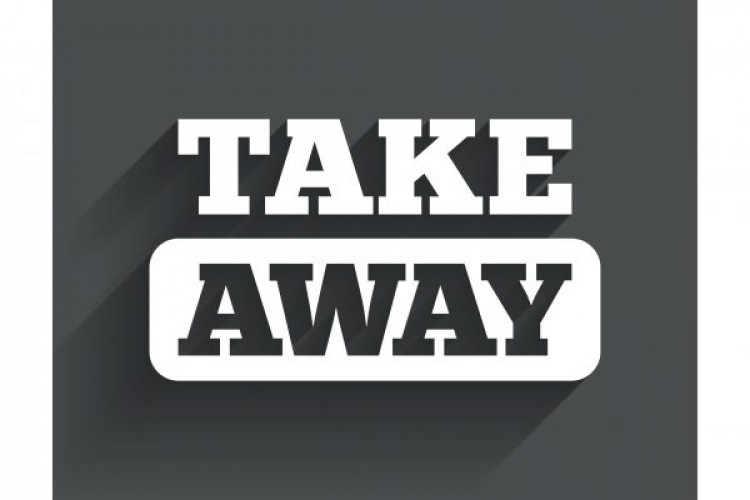 More than half of Brits over 50 would rather eat a takeaway than go to a Michelin starred restaurant, it has emerged.Researchers who carried out a detailed study found a large percentage prefer the option of sinking into the sofa and ordering grub after a long day at work instead of dining at a ‘pretentious’ a la carte eatery.

Among the things which put people off opting for a ‘posh meal’ are small portions, long waiting lists for tables and having to get dressed up. The sky high cost is also an issue for many, according to the study of 2,000 adults by Just Eat to launch the opening of public voting for the British Takeaway Awards. The poll also revealed a staggering 87 per cent prefer a takeaway to mark special moments, with birthday celebration, moving into a new flat or house and landing a new job also making the list.

To celebrate the nation’s love of having food delivered, the British Takeaway Awards joined forces with Love Island winners Jack Fincham and Dani Dyer. The couple recreated the iconic Lady and the Tramp scene – with the spaghetti meatballs replaced with Chicken Chow Mein, in honour of Chinese food being Dani Dyer’s favourite type of takeaway.
The British Takeaway Awards, run in association with Just Eat, celebrates and recognises the small and often family run businesses that work tirelessly to serve the nation’s favourite takeaways.Graham Corfield, UK Managing Director of Just Eat, partners of the British Takeaway Awards, said: “Great takeaways are at the heart of British culture.

”Not only do these small, independent businesses offer fantastic food and service to their local community, their efforts behind the scenes to bring the nation the food they love often goes unrecognised.

”It’s only right we champion the hard work, passion and drive demonstrated by restaurant owners and their staff at the British Takeaway Awards.”

Overall 51 per cent said they would rather order-in than eat out at a Michelin star restaurant.

More than a quarter said they love it so much they would order in takeaway for breakfast and almost half (49 per cent) would ditch a romantic partner based on their takeaway taste.

The study found there are many reasons Brits still love takeaways, including the fact they are not pretentious (51 per cent).

Close to one third of those who took part in the OnePoll.com study said it was their favourite type of food. Speaking at the photo shoot, Dani said: “We love a good takeaway and having just moved in together, we’re relying on our local restaurants more than usual while we unpack boxes and find our plates!” Jack added: “I’ve always loved takeaway. When we got out of the villa the first thing we did was order in the food we’d missed from home. I just love it. I mix it up quite a lot and sometimes I’ll have Thai or pizza and reheat it for breakfast the next morning, which Dani hates.”

4. Ordering a side of chips with curry

5. Eating a takeaway sitting on the floor

* Voting is now open for the British Takeaway Awards at www.thebtas.co.uk Members of the public have until midnight Sunday 16th September to nominate their favourite local takeaways. The top five takeaways in each region with the most votes will be invited to a ceremony at The Savoy in London.