75% of over-50s own their property outright

Average homeowner over-65 has lived in their property for 25 years
The HIPpies ‘home is pension’ generation has doubled in the last year, according to retirement specialist LV=, as more than half (52%) of working homeowners over 50 (3.5 million people[1]) plan to use the equity in their home to fund their retirement – compared to a quarter (28%) in 2012.

LV=’s 2013 HIPpies report reveals that the value of the average working over 50s’ property comes in at £258,000 – more than £15,000 higher than the national average of £242,000. As three-quarters of home-owning (5 million) over-50s own their property outright and those with a mortgage already have £149,640 worth of equity built up in their home, for many unlocking the capital in their home would provide them with a significant income boost. The increase in people using their properties to fund their retirement is likely to have been driven by increasing house values over a long period, and low interest rates on savings.

As well as building up equity in their homes, over-50s have spent an average of £30,000[3] each creating their perfect home, in the two decades they have lived in their property. Having made such an investment two in five (38%) over-50s say that they want to stay in their current home for the rest of their lives, and this figure rises to one in two (47%) of all retirees. Indeed it’s not just their home that they love, of the 9.6 million British homeowners aged over 50[4],88% feel a strong connection to where they live and consider themselves a part of the fabric of the community in which they live and would miss their friends if they were to move (39%).

Vanessa Owen, Head of Annuities and Equity Release said: “The number of over 50s who plan to use their home as their pension has risen steadily since we first launched our report in 2010 and it is clear that for a large section of the population their home is will play a key role in funding their retirement. Property is often the largest asset someone has when they reach retirement, especially if they have lived there for quite a while, and will often significantly outweigh any pensions savings they have. As our report shows, having invested a considerable amount of time and money in their property, many would prefer to stay where they are and access the cash tied up in their home without having to move.”

Reasons why over-50s are set to unlock the cash tied up in their property
Supplement retirement income
53%
To fund my own care costs
17%
To help my children/grandchildren financially e.g. pay for wedding/school fees
13%
To make improvements to my home
10%
To make a luxury purchase e.g. buy a sports car
8%

The report shows that the economic situation has also impacted on the retirement plan of many over-50s in the workplace, with just one in four (26%) on track to retire as they planned when they initially thought about their retirement. One in seven (13%) will still retire at the time they originally planned, but on a lower income, a quarter (26%) are having to delay their retirement for financial reasons and a further 13% have adopted the ostrich position and are not thinking about their retirement finances.

As safe as houses
Despite the economic uncertainty it is clear that many consider a bricks and mortar investment to be as safe as houses. 84% of over-50s say their property has either maintained or increased in value in the last three years and only one in ten (10%) respondents say that they are currently worried that property prices will drop.

Vanessa Owen concluded: “With people spending longer in retirement one of the challenges that many need to overcome is how to fund it and how to meet the financial demands they may face in later life, such as the cost of long term care. “There are numerous ways that retirees can access the capital tied up in their home including deciding to downsize or take out an equity release plan. For those considering unlocking the money in their homes it’s important to seek professional advice and explore all of the options available in order to find the best solution for them.”

THE SMALL PRINT
We hope you are enjoying the site, please note The –Boomers site has been prepared solely for information purposes. Users are advised to seek independent financial advice or in the case of health related content –consult your GP or medical professional. All information, opinions expressed on the The-Boomers are current as of the date of publication, but may become out of date over time. No liability and/or guarantee of performance is accepted or offered. The opinions expressed in The-Boomers do not constitute investment advice or health advice or any other form of advice; independent advice should be sought where appropriate. Articles are supplied strictly without accepting any liability, responsibility or duty of care for their services, content, or links to other subsequent related or unrelated material. The Site contains general information only and does not take into account the individual health issues /objectives or the individual financial situation/objectives or needs of a person or persons. Please see our Terms & Conditions for further information. 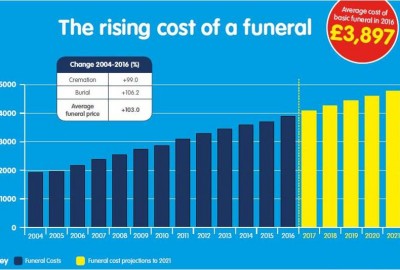