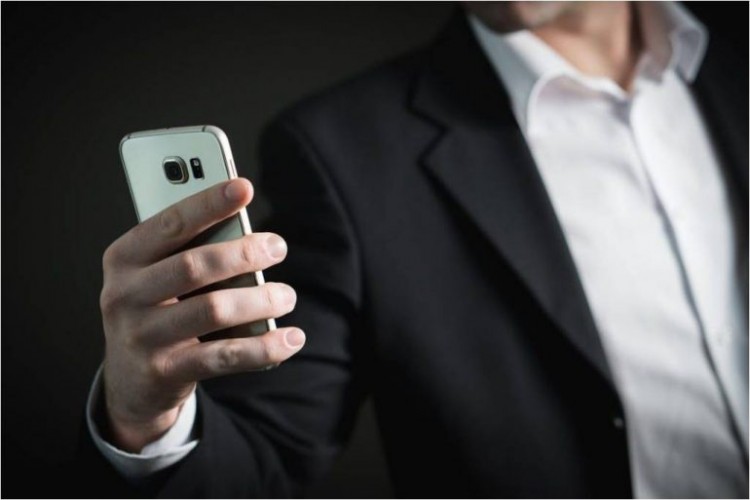 A worrying number of middle-aged Brits have such bad eyesight they rely on ‘long-arm syndrome’ to see phone and tablet screens clearly.

Researchers who polled 2,000 adults aged 45 plus found just under four in 10 have to resort to holding their device at arm’s length to focus their eyes properly. Long-sightedness – which becomes more prevalent as we grow older – leaves many struggling to read small print. Text on medicine bottles, food labels, restaurant menus and recipe books are the trickiest to decipher, according to the study.

Overall three in four of those who took part said they have difficulty reading small print.

And just over three in 10 said there is a possibility they need glasses, but have made a conscious choice not to arrange to get them.

One in five confessed they don’t wear glasses because having a pair would make them feel ‘old’. The study was commissioned by ACUVUE to raise awareness of presbyopia which affects the eye’s ability to focus on nearer tasks and usually develops in your early forties.

Ian Pyzer, professional education & development manager at Johnson & Johnson Vision said: “If you are holding things further away or increasing the font size, then it’s likely to be the start of a natural ageing process called presbyopia, which does increase as we age.

”People typically begin noticing the early signs, like small print on the back of packets, around 40-45 years of age.

“Interestingly the research found sufferers of presbyopia resort to all kinds of coping strategies, from ‘long-arm’ syndrome’ to sharing specs when reading packaging or a bar menu.

“This could not only have a negative impact on your eyes but make everyday tasks that much harder, so impacting on work and social situations.”

The research also found that one in four adults aged 45 plus often leave glasses at home, and one in five share glasses with friends or family as a result. Not only that but 75 per cent have shared glasses with someone when at a restaurant to be able to read the menu. The study also found just under one in six have asked friends to read things from a menu for them when they are struggling, with a handful even asking strangers to read their phone.

Others will go to the extreme length of pointing to something completely random on a menu despite having no idea what they are ordering, instead of putting on a pair of ‘reading glasses’. The study also revealed nearly one in 10 confessed to not wearing their own glasses because they’ve felt self-conscious. Yet despite the option of contact lenses, a whopping 78 per cent are yet to give them a go.

Four in 10 haven’t gone ahead because they are afraid of touching their eye and eight per cent simply haven’t got around to trying them. Ian Pyzer added: “Your prescription is specific to you and whilst another person’s glasses may appear suitable, using them can result in eye fatigue, headaches or blurred vision.

“This can potentially cause unwanted side effects which is why it is so important to visit an optician for an eye examination.

”It’s amazing how having your vision corrected, makes you realise how much easier life is again!”

”If you haven’t worn glasses before this point in your life it can feel a little daunting, but there are a number of options available to people now.

“We would encourage anyone who is worried about their eye sight or think they might have presbyopia to visit their local optician for an eye examination and to discuss what the perfect solution is for them.’’

Radio and television personality Sara Cox, who has presbyopia and is the brand ambassador for 1-Day Acuvue Moist Multifocal contact lenses said: “I remember the exact moment when I realised that my eyes were going a bit dodgy, I was reading the ingredients on the back of a jar – and I was in total denial.

“I thought they’ve printed this label completely wrong, it can’t be me, it can’t be my eyes, and then I realised, it most probably was my eyes.

”I had visions of having to wear specs…probably attached to a nice chain around my neck.

“My friends and I have sometimes had it in restaurants, where it’s quite dark and you put the torch on your phone to see.

”It totally ruins the ambience and it’s like a huge fog horn, alerting everybody else within a five-mile radius that you’re over 40 – you don’t need that on a night out.

Sara added: “Perfect vision, for me, is something that we take for granted. You should never take your eye or any other aspect of your health for granted and it’s just a bonus really, to be able to feel that I now have perfect vision and still look like myself.” 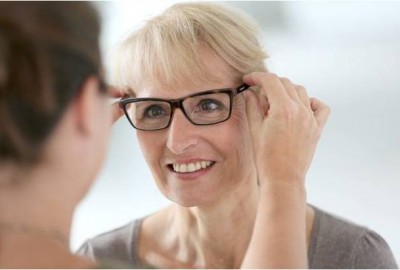 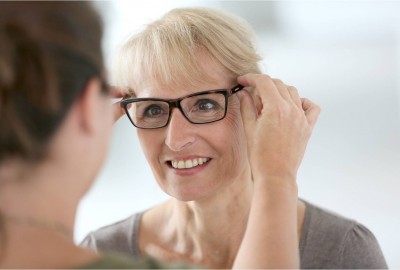